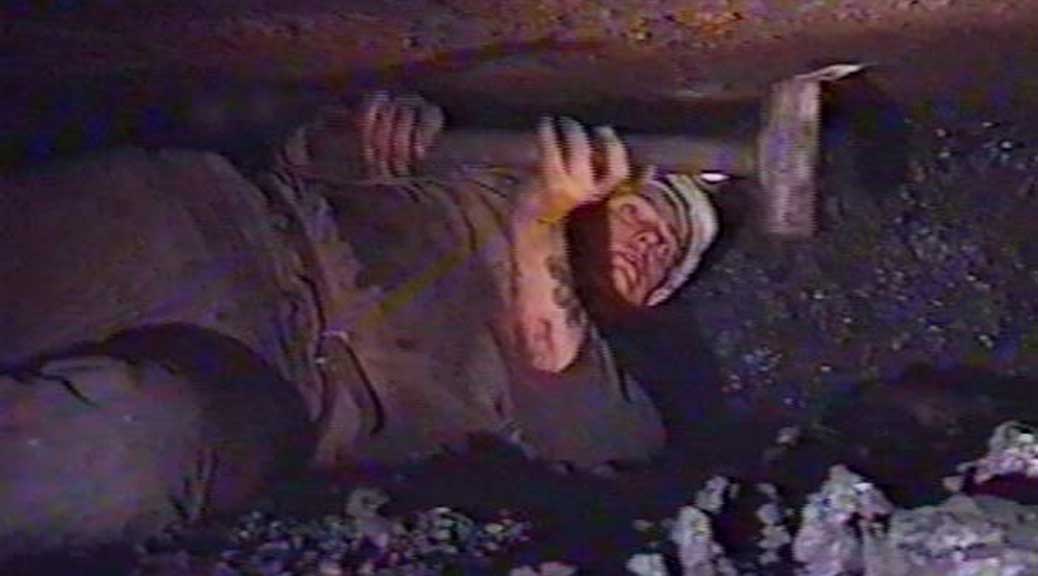 Tows Bank Colliery, situated 7 miles [11 km] NNW of Alston, was opened in 1986 by three partners; Ted Nancarow Snr, Willie Armstrong and Frank Shepherd. They entered the Little Limestone coal on top of the exposed great limestone to the west of Eals village in Tows Bank Wood. The area had been worked previously to a small extent though nothing is known about these excavations.

“The opening shot is of Killhope – a former lead mine over the tops in Durham and now a (very good) museum. The following glimpses are of Clarghyll and Ayle pit tops. The underground footage and surface haulage is Tows Bank where I was working when the film was made in 1992.”

“The Germans were amazed that we could work the coal at all. As he says in the clip “here is the coal 33cms thick and never reaching 50 cms”.