The net income of the richest 100 billionaires would be enough to make extreme poverty history four times over.

That’s a pretty extremist statement. A headline from The Morning Star, The Socialist Worker or Marxism Today you might think? Nah. It was from an Oxfam press statement released on 19 January 2014.

END_OF_DOCUMENT_TOKEN_TO_BE_REPLACED 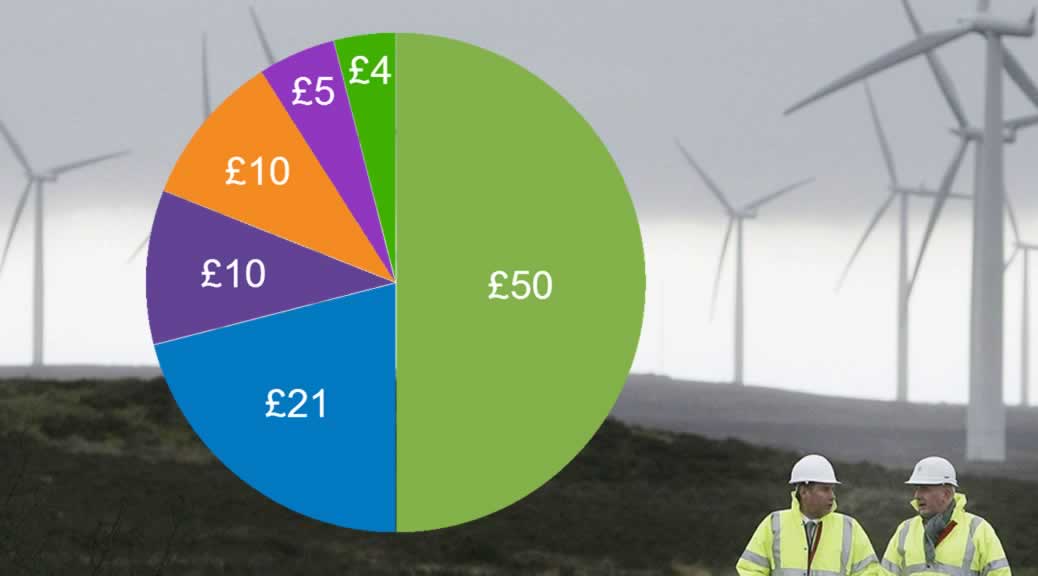 The day after Npower beat the government into submission with a record-breaking 10.9% price hike, ScottishPower eases the pressure down to a modest 8.6%. Well they would do wouldn’t they? Npower‘s shock-and-awe attack had already won the Big Six campaign. Any more would only add insult to injury and risk drawing attention to the £8.5m ScottishPower were ‘fined’ the day before yesterday for what many might call fraud and deception.

END_OF_DOCUMENT_TOKEN_TO_BE_REPLACED 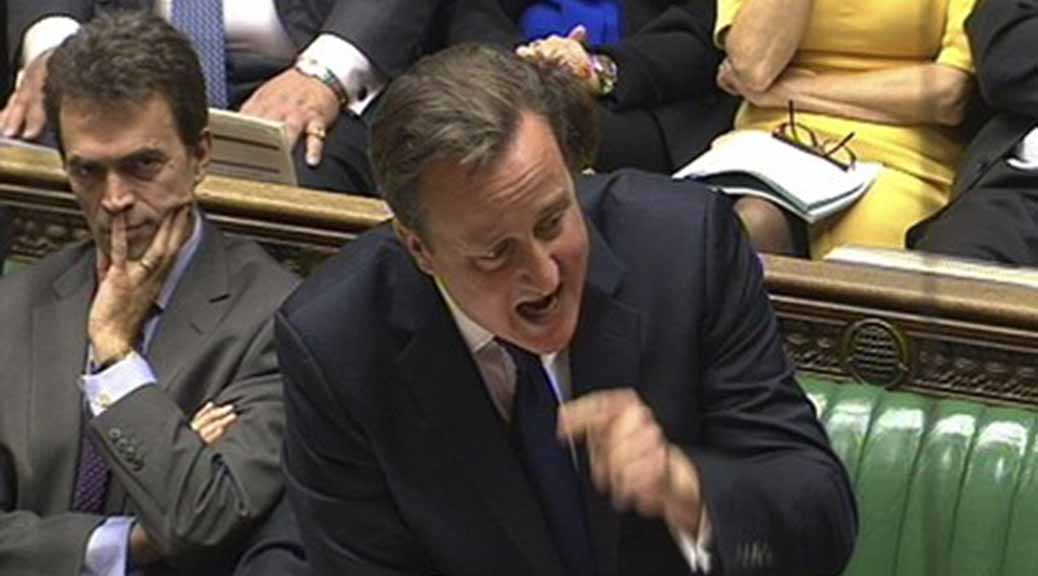 Don’t you just love it when a plan comes together? The implication that green levies brought in by the last Labour government are to blame for rising energy prices, subtly implanted in the backs of our minds a month ago, finally came into the open today when David Cameron joined up the dots. Dismissing Miliband as a “con man” for promising to freeze energy prices, Cameron sounded like he could have been reading from a script written by Energy UK:

END_OF_DOCUMENT_TOKEN_TO_BE_REPLACED

Just one day after Npower‘s record 10.4% price hike you might have thought that this morning’s announcement by energy regulator, Ofgem, that Scottish Power is the third of the Big Six to be found guilty of misleading the public, with investigations against Npower and E.On still ongoing, would have been top of the BBC News headlines. So why wasn’t it? Why did it hardly get a mention? Why did it largely sink without a trace?

END_OF_DOCUMENT_TOKEN_TO_BE_REPLACED

Less than a week after British Gas topped the energy price league, beating rivals SSE by a comfortable 12% margin to set a new high of 9.2%, Npower surges an extra 13% ahead of British Gas and a spectacular 27% ahead of SSE to set a new record of 10.4%

Why would any company want to do that? Competitors are supposed to win customers by lowering prices, not by driving them up! Unless they knew something the rest of us didn’t know: that by the time we’d struggled through the maze of tariffs we’d find ourselves stuck between a rock and a hard place.

If final proof were needed that privatization doesn’t work, this should have been it. So why didn’t we get the message? Why did we just shrug and move on? END_OF_DOCUMENT_TOKEN_TO_BE_REPLACED

Just one week after SSE hiked energy bills up by 8.2%, British Gas outdoes them with a hike of 9.2%. That’s not how privatization is supposed to work. Companies are supposed to compete by lowering prices, not by pushing them up!

So how do British Gas account for this? Have they added an extra 50% on top of increased costs, as SSE did last week?

And so the plot thickens! Two weeks after the energy companies threatened power cuts if they can’t raise prices, and just one day after SSE hiked their prices a staggering 8.2%, the President of the British Academy, Baron Stern of Brentford, tells BBC News that the media are conspiring with energy companies to mislead the public:

There is currently a concerted campaign to mislead the British public about the factors that are driving up consumers’ electricity and gas bills.

That much was already clear from our own analysis of the news over the past few weeks, but it’s nice to have it confirmed by a President of the Royal Society, former Chief Economist of the World Bank and a Baron no less!

But there’s plenty of evidence to suggest that the conspiracy goes much deeper than Lord Stern cares to admit. As the former Chief Economist of the World Bank he’s a member of the global elite, and there’s plenty of reasons why they might want to manipulate energy markets and mislead the public on a much wider scale.

END_OF_DOCUMENT_TOKEN_TO_BE_REPLACED

Just two and a half weeks after energy industry lobbyists, Energy UK, threatened higher bills and power cuts and just three days after the National Grid joined forces with warnings of winter blackouts if investment isn’t increased, SSE is the first of the Big Six to puts the threats into action: hiking dual fuel bills a whopping 8.2% and slashing all investment in new power plants until after the next election.

Blaming government social and environmental levies for a third of the price hike, SSE‘s chief executive, Alistair Phillips-Davies, told The Telegraph today that energy bills will keep on rising for the next decade, but would fall by £110 overnight if the levies were axed. Blaming the freeze in new investment on the “acute political uncertainty” around Labour’s threat to the Big Six‘s power, Phillips-Davies seems to be making us an offer we can’t refuse in a low tone of voice: accept the deal the Big Six are offering or we’ll have to punch your lights out! END_OF_DOCUMENT_TOKEN_TO_BE_REPLACED 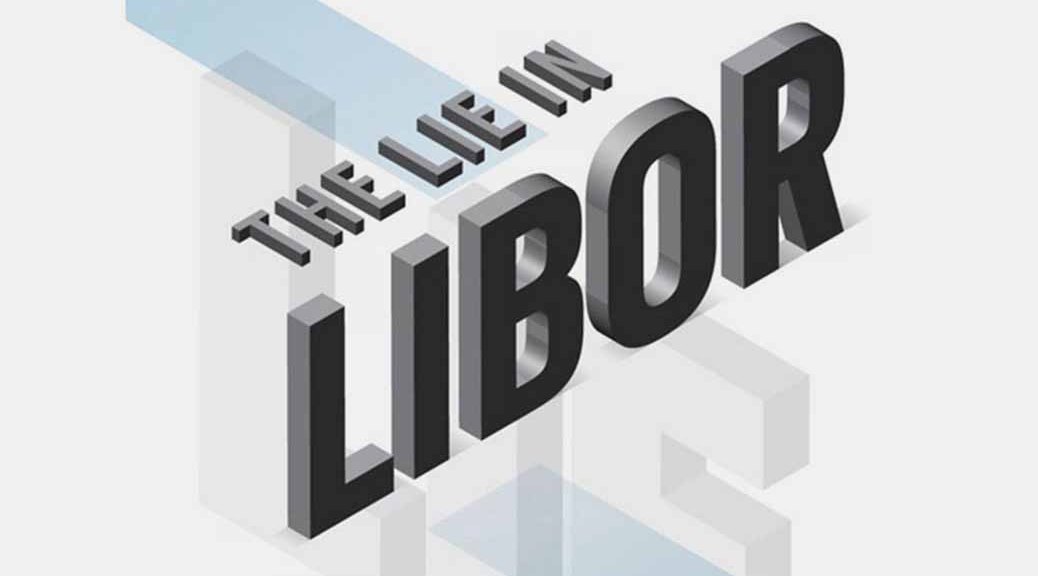 Day Two of the Big Six‘s powerful lobbying offensive against Labour started in stealth mode this morning with The Telegraph implanting the suggestion that government policies, put in place by Ed Miliband when he was Energy Secretary, are responsible for rising energy prices, with the headline: Energy bill breakdown: the government gets more in tax than suppliers make in profit

The bill breakdown supplied by Centrica, the owners of British Gas, backs up what Energy UK’s chief lobbyist, Angela Knight, told Channel 4 News yesterday evening and solves the mystery of the missing 23%:

END_OF_DOCUMENT_TOKEN_TO_BE_REPLACED

Today’s announcement that Labour will freeze household energy bills if they win the next election has the energy companies up in arms.

Take Channel 4 News for example. They come over as being more down-to-earth, edgy and left-of-field than the BBC or Sky. If anyone is going to speak truth to the power companies it would be them. So how did they do?

Below is a rough-and-ready transcript of this evening’s Channel 4 News coverage of the disagreement between Labour and the Energy Companies, with my own thoughts as the debate unfolded in brackets below.