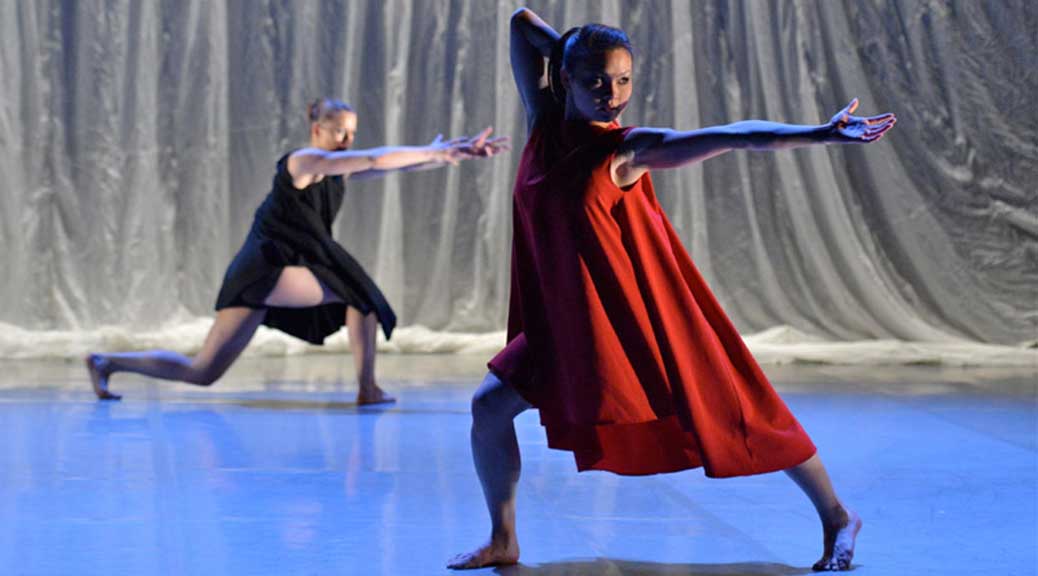 Phoenix dance theatre is on a high. With new purpose-built premises in Leeds, and a charismatic director in Sharon Watson, the 10-strong ensemble is ready to take on the world. On Tuesday night, with a cold wind slicing off the sea, a small but enthusiastic crowd bundled into the Connaught theatre to catch Phoenix’s latest programme, Particle Velocity.

Richard Alston’s All Alight was created for the company earlier this year, and its lyricism and quiet good manners make it a perfect opener. Set to Ravel’s Sonata for Violin and Cello, the piece presents four shirt-sleeved men and three cotton-frocked women against a blue cyclorama.

Over the years, Alston has often returned to this sunlit realm. We’re familiar with the tranquil unfolding of its days, the poignancy of its twilight. We know, too, the physical language: the leaps like a catch in the breath, the courteous synchronicities, the flights from balance to balance. With her driving legwork, and the swoop and swallow-dip of her arms, Azzurra Ardovini is a particular pleasure to watch.

Ki is a solo piece by Jose Agudo. At once abstract and triumphalist, it shows a man (Josh Willie on proud, fierce form) banishing his demons and imposing his will on the space around him.

Repetition of Change, by Watson, is more opaque. Set to an atonal score by Kenneth Hesketh, the piece contains much taut, explosive dancing, but this is obscured by whimsical costumes (think babydoll togas), and some pseudo-portentous business with drapes. Stripped of these elements, this would be a fine, abrasive piece. With them, it’s confusing.